Neil Zaza has taken mastery of guitar instrumentals to incredible lengths. His solo work stretches back over three decades and demonstrates some truly awesome playing.

Neil’s back catalogue is an exploration of technical, melodic virtuosity. As a soloist he’s released four instrumental albums, among them Sing which included the global hit single “I’m Alright”. The music of Beethoven and Mozart has become part of his repertoire - you can listen to his novel interpretation of Beethoven’s Five symphony on for example. Neil has also shared the stage with the likes of Joe Satriani, Steve Vai, Dweezil Zappa, Steve & Mike Porcaro (Toto), Yngwie Malmsteen, Vinnie Moore, and Andy Summers. In the studio, he has contributed to recorded albums by Dweezil Zappa, Eric Carmen and Michael Stanley. In short, his musical CV is rather impressive...

Recently Zaza has started to integrate some of Hotone’s Skyline range of stompboxes into his guitar rig. The sound of the pedals is the determining factor for him (which comes as a compliment from the guy who insisted on installing a vintage Neve console in his Ohio recording studio). He has singled out the Blues pedal for particular praise: “It gives me the sustain and reaction that makes me dig in more and play with more confidence”. 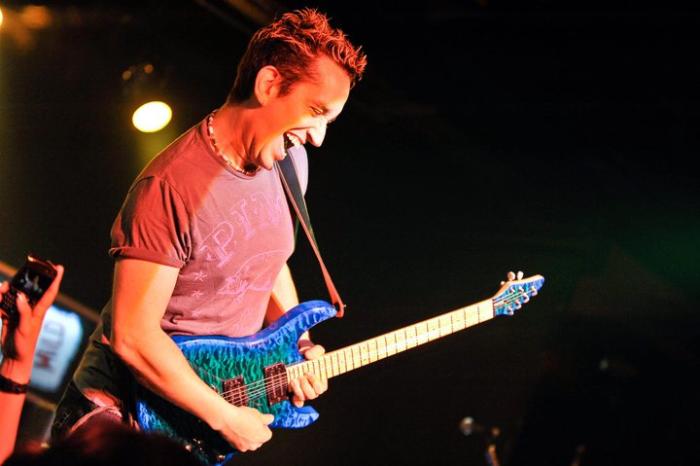