It’s been a flying start to the new year for Hotone. They’ve kicked off January (although we saw a sneak preview at the China Music show back in October) with another addition to their Skyline range of micro-stompboxes, this time it’s a clever little rotary speaker emulator called ‘Roto’ - which kinda does what it says on the tin...

As well as the usual rotary speaker controls that you might expect such as speed, tone and depth, Roto has got another nice little feature which comes in the form of the ‘Vibe’ switch. This toggles the pedal into vibrato mode, which adds a chorus-like tonal quality to the output.

Find out more about Roto here 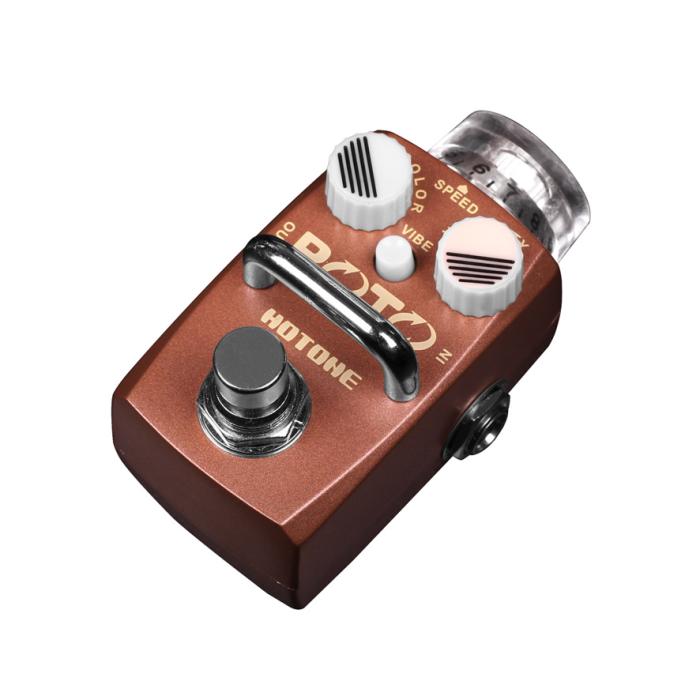