Back in 1994 Richard Oakes had a very tough act to follow. He was recruited to Suede by the remaining band members after the abrupt departure of lead guitarist and co-songwriter Bernard Butler. Many commentators believed that Butler’s departure would be the end of Suede but the then 17 year-old Oakes impressed the band so much that they thought a recording of him was actually an early demo with Butler playing. He joined the band and immediately went into the promotional tour for their second album Dog Man Star.

Since then they’ve recorded four more studio albums and have a 2016 tour planned which takes in dates across the UK and Europe - which is where we come in! Last year Suede’s management got in touch with us as Richard’s guitar tech was building his new rig. He had been recommended Strymon’s Mobius to take care of tremolo phaser and chorus effects - and Mobius is pretty much the go-to unit for any guitarist who’s serious about modulation effects. Needless to say Richard has integrated Mobius into his live set-up and will be putting it through its paces in a series of tour dates in 2016…. 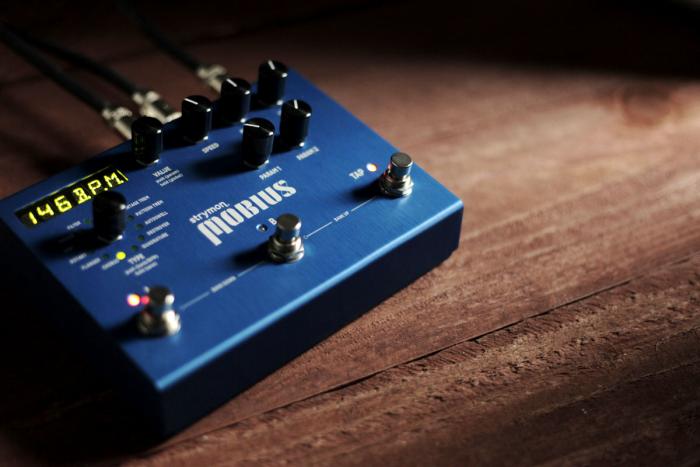