We've interviewed a lot of musicians over the past five years and one thing we ask is: “what advice do you have for people starting their musical journeys?” We've had answers from “write the bad songs” to “experience rejection on a daily basis” to "Find the teacher of the teacher and start from there"

We’ve collected them all together - Here's Part One...

Kevin Armstrong (Iggy Pop)
"Be prepared to suck badly for a while and don’t worry about that. It’s a good idea to record yourself and listen, listen, listen. One piece of advice English musicians need to hear is 'know when to shut up'. It’s a lot about what you don’t do. It’s a bit like football. The space you create is as important as the move you make"

Stephen Barlow
"Listen to everything you can (no matter the genre), meet as many musical people as you can, be nice, be open-minded and play music with as many people (who’ll let you) as you can!"

Joel Peat (Lawson)
"I’d say just document everything, I always said I’d do it and I have to an extent but not as much as I’d want to. Whether it’s getting a friend to follow you to gigs or just taking a flip-cam around, it’s definitely worth it!"

RJ Thompson
"Write the bad songs as well as the good ones. I went through a faze of throwing out any idea if I didn’t immediately think it was great… but in reality the more songs you write (good and bad) the more ideas you can draw from"

Tom Longworth (Robbie Williams)
"Be Kind. Be good. Be strong. Have a good time, all the time. The most important thing for me is getting out there and playing with other musicians. You can rehearse all you like at home on your own, but it is worth a 100 times more to learn how to interact with other people. You learn so much more and also meet people. That's half the battle... Getting yourself out there and known to others!"

Al Doyle (Hot Chip / LCD Soundsystem)
"Listen and learn from as many people, books and records as you can, and never stop. And be relentlessly kind to everyone you meet"

Simon Johnson (Lulu)
"Everybody's journey is different, but it's important to get out there and play as much as you can. Jam nights, pub gigs, open mic night, start your own band – try to make your own scene. It's tough at first, but if you play the best you possibly can and you're reliable and a pleasure be around, you'll be fine"

Ross Chapman (Union J)
"Aside from the obvious stuff like meeting and playing with as many different musicians as you can, and practicing and whatnot, I’d genuinely say - and this will sound ridiculous, but, just be cool.. Seriously! One thing I’ve realised is that being a musician is a hugely social job - you spend so much time traveling and whatever with other people and if you’re not easy to get along with or accepting of others then you probably won’t get hired, no matter how good you are. I’ve just realised that makes me sound like I’m calling myself cool - that’s not what I meant! Ah forget it…"

Danny Short (Theatre Composer)
"I suppose just practice as much as possible and keep going. I know a lot of guys who have quit music because it’s not happened fast enough for them. The other thing I would say is always trust your instinct and don't intellectualise it too much, especially composing. I have been guilty of that in the past. Now I just trust my first instinct and stick with it"

Ruben Roeh (Joachim Witt)
"I’ll try myself at one angle here, I don’t find too many pros sharing about. You need to really ask yourself why you want to do this. I don’t mean to discourage anyone, but it takes a special kind of moron to do what we do. It’s not really a job, it’s more of a calling. If there is any other career choice that you think can make you happy I suggest you go and try that first. Sometimes things go your way and sometimes they don’t. I remember times when I was struggling really hard, not having cash to really eat for days and the only thing that got me through was the love for the music (and the best friends anyone could ask for - credit where credit is due…) It’s easy to start feeling entitled to success, money and recognition because you put in this insane amount of work, and not getting any of those things seems crazy unfair. But you have to remember, music does not owe you jack. Just doing this has to be enough. If it’s not, chances are you’re going to be very unhappy. I choose this path for myself because I knew I wanted to spend as much of my life doing music as possible and if you can manage to live off that, you don’t need an extra job and have more time to play music!

On a more practical note, remember that people who hire players for a tour know what to look for: capable players with great consistency in performance and tone, more so than virtuosos, but also just fun and outgoing human beings that are at the same time emotionally stable and utterly professional. After all they have to spend weeks or even months with you non-stop, and it takes very little to piss each other off in that scenario. The last thing you need is someone with a bad attitude. But every crew is different, just as any person is, and not every player fits with every production. One can only try to be positive and generally open-minded. Be well prepared, make sure your gear will enable you instead of limiting you, and check your attitude. Ask yourself what you can contribute to a production. Not only in musical but also in more profane, inter-human, and often times overlooked terms. And remember: music does not owe you. Be thankful!"

You can find part two here 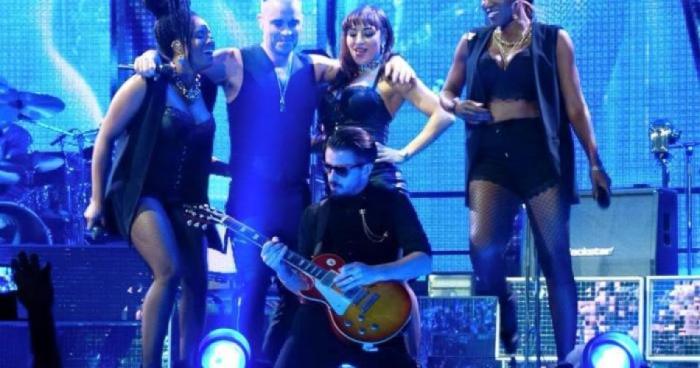