A few weeks ago at the Musik Messe show in Frankfurt, Hotone unveiled three new members of its Nano Legacy range of heads for guitarists and bassists. Their distinct design and tiny form factor have been turning some heads…

First up is the Thunder Bass head (pictured) which, they tell us, is based on the Ampeg SVT. As you can see from the picture it’s pretty tiny, but kicks out a respectably massive sound. In addition to volume and gain controls it features a three band EQ, as well as an FX loop for connecting external effects processors.

Thunder Bass’ counterpart for guitarists has been aptly named ‘Heart Attack’ and takes the same small form factor. It also has the same EQ and gain controls as its cousin, and both units feature separate headphone outputs as well as aux in sockets so you can connect external sources such as MP3 players.

The final addition to the range is the Nano Legacy Cabinet which is a compact speaker cab compatible with all the Nano heads. It is matched to the entire Nano series of heads whether for guitar or bass (including “British Invasion” and “Purple Wind”). Legacy Cabinet can kick out 10W output and has an input and an output so you can chain multiple cabinets together.

More information will be available soon for the three new products on musicpsych.com. In the meantime, find out more about British Invasion and Purple Wind. 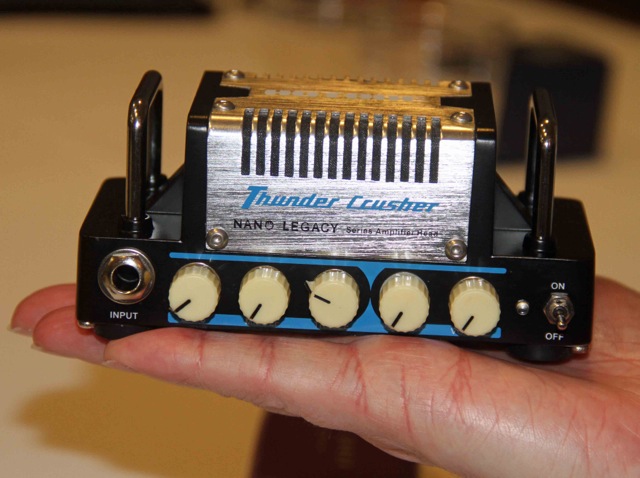